The Canon PIXMA TR150 is one of their latest portable color printers. It combines portability with the high quality of the Canon Pixma line. If being able to print while out of the office is what you’re looking for, this printer is worth checking out. It is small and light enough to fit in a backpack or laptop case. The molded plastic frame is rugged and durable enough to be transported around regularly. A great solution for printing on the go.

It can be connected by WiFi or USB. Setup is simple with any device. It works readily with Mac devices too. Canon includes terrific support for mobile devices.

One downside is it doesn’t automatically print two sided. Neither do other portable printers such as the HP Officejet 200 or Epson WF-110. Auto duplex would require a lot more components. Which would increase the size, weight, and battery consumption. They don’t scan or copy for the same reasons. Although HP does have an all in one version of their portable printer, the Officejet 250.

Setup is simple for the Canon Pixma TR150. Minimal packing tape is removed then the print head and ink tanks are installed. I recommend saving the orange cap for the print head. Which is handy for lengthy transportation or storage. It will prevent the nozzles from drying out or any damage if the printer gets bounced around. The ink tanks are separate from the printhead but both are easy to access.

The TR150 has WiFi direct so smartphones, tablets, Chromebooks, laptops, and Macs can easily connect to the printer. For Windows and Android devices an app needs installed. Which sets up everything. Macs and most Chromebooks will automatically setup everything.

It can also connect to a local wireless network, but that may not be the best solution for a portable printer. Who wants to add a new network at various locations? With WiFi direct the setup is done once, then that network goes everywhere the printer goes. Turn on the printer and whatever device you’re printing from and it’s ready to go.

The Canon Pixma TR150 prints B&W documents at 9 pages per minute and 5.5 ppm for color. Which isn’t bad considering it’s a portable printer. Some trade off comes from being able to print on the road. The Epson and HP are both slightly slower at 7 ppm. While on battery they all print a page or two slower.

The Canon Pixma TR150 weighs 5.1 lbs with a battery or about as much as a heavy laptop. It’s about the size of two small keyboards stacked on top of each other. With the trays unfolded and paper loaded it is only 2 inches deeper but 7 inches taller. It takes 50 sheets of paper in the only tray.

The control panel is comprised of a few buttons and a 1.44 inch OLED square display. One of the buttons is a WiFi connect button which makes setup from smartphones easier.

There is a lever on the tray to switch between standard and heavy paper. Canon puts this lever on some of their printers from time to time. It’s a good feature but sometimes can get switched by accident. When it’s in the wrong position it can cause paper jams. Canon improved this switch on the TR150 by making it smaller and less likely to be accidentally switched.

The Canon Pixma TR150 has a duty cycle of 500 pages per month. The print cartridges yield 200 pages.

It has abundant connections: Wifi, Pictbridge, ethernet, and USB. No copy, scan, or fax functions are included. Unlike Canon’s other printer only Pixma Megatank, the G1220, auto duplex is built in to this one. If you just print color images or documents and don’t have a need for scanning this printer would be a good fit.

The optional battery for the Canon Pixma TR150 has the longest batter life of all the portable printers mentioned. Its capacity is 2150 mAh and takes about three hours to charge. The Epson battery capacity is 1860 mAh and the HP is only 1050mAh. Canon’s battery is good for 330 color prints but that’s with a USB cable. Things like Wifi or a large display increase the load on a battery.

The secret to long battery life has to do with power consumption. The Canon Pixma TR150 can print using 8 watts or less. Compared to the Epson at 12 watts and the HP at 15 watts. In my experience Canon puts a lot of effort into research and development. It pays off in a case like this. They found a way to print color pages while only consuming 8 watts.

The Epson battery yields 100 pages of B&W and 50 pages of color. Epson offers an additional battery to piggyback on the back to double the print yield. HP doesn’t list the page yield of their battery. Though at half of capacity and almost twice the power consumption of the Canon it’s no wonder.

The Canon Pixma TR150 makes no trade offs for print quality. It makes good quality photos on 4 x 6. Text is crisp and readable. Text always turns out better on inkjet paper but that’s a characteristic of any inkjet printer.

Canon’s print drivers cover the basics of printing fairly well. It has some page setup options for size and layout. There are some basic color adjustments and matching settings. Though toggling print options, like disabling the ICM or enabling print data loss, work better than manually adjusting the colors in my experience.

All things considered the printing costs are a good trade off for portability. I generally don’t recommend tri color cartridges but since portable printers are a special case, I’ll make an exception.

One thing about having a separate print head is refilling the tank cartridges is easier. The PGI-35 and PGI-36 cartridges have no print head, they’re just ink. No worry about priming or burning out nozzles. Just refill the cartridge with the right ink since it uses pigment ink for black and dye ink for color. Refilling or compatible cartridges can bring the printing costs down considerably.

The Canon PIXMA TR150 is one of the cheapest ways to print while on the road. It may be a little on the slow side but makes up for that with print quality. It’s small size, light weight, and long battery life make set it apart from other portable printers. As a tech my car was my office. Although I was working on printers and copiers all day, I can see how having a printer like this would be an asset to anyone without access to conventional office equipment.

The Copier Guy, aka Dave. I’ve worked on scanners, printers, copiers, and faxes over 23 years. When I’m not fixing them I’m writing about them. Although, I’m probably better at fixing them. I have certificates from Canon, Xerox, Ricoh, Kyocera, Lexmark, HP, and Konica Minolta. My experience includes other brands as well as several types of processes. If it uses paper I’ve probably worked on one. 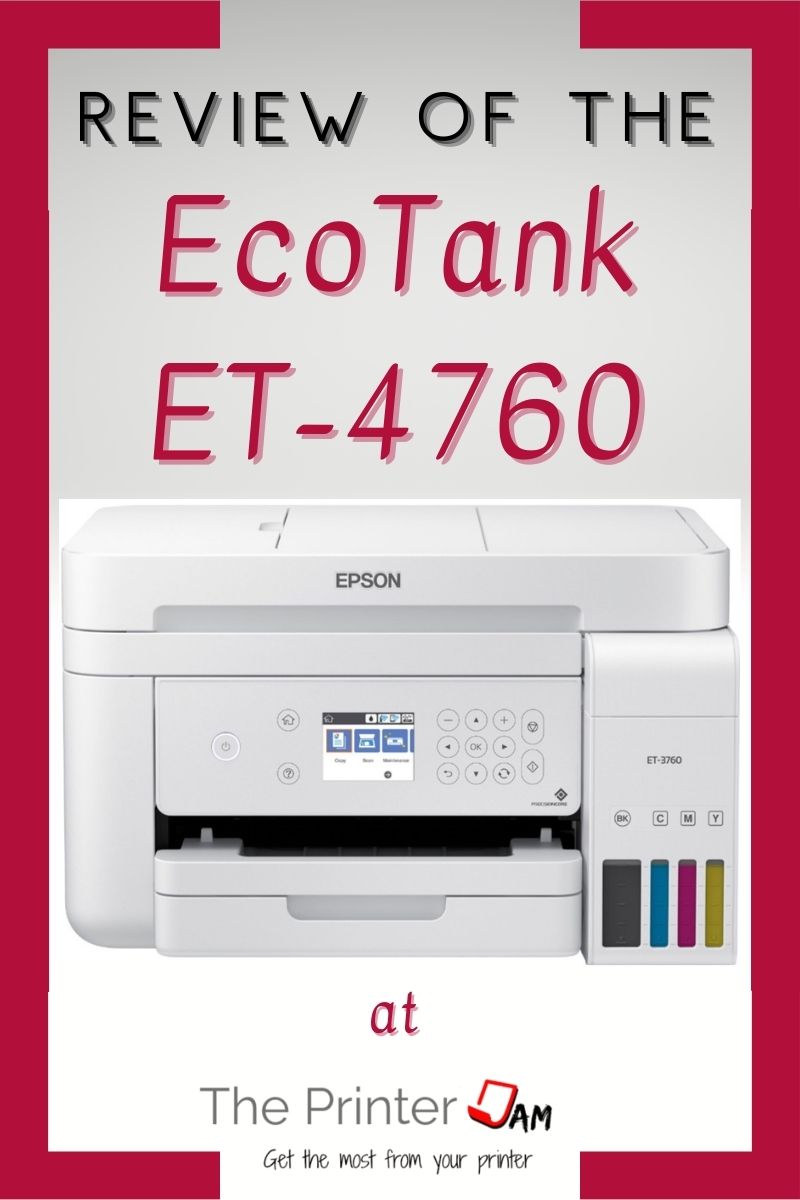 Amazon The Ecotank ET-4760 is one of the latest supertank printers from Epson. It may be known as a supertank, however don’t be misled into thinking economy is its only trait. The quality is terrific. An industrial quality print-head in a consumer inkjet printer. That’s what the Precision core technology is at the heart of… 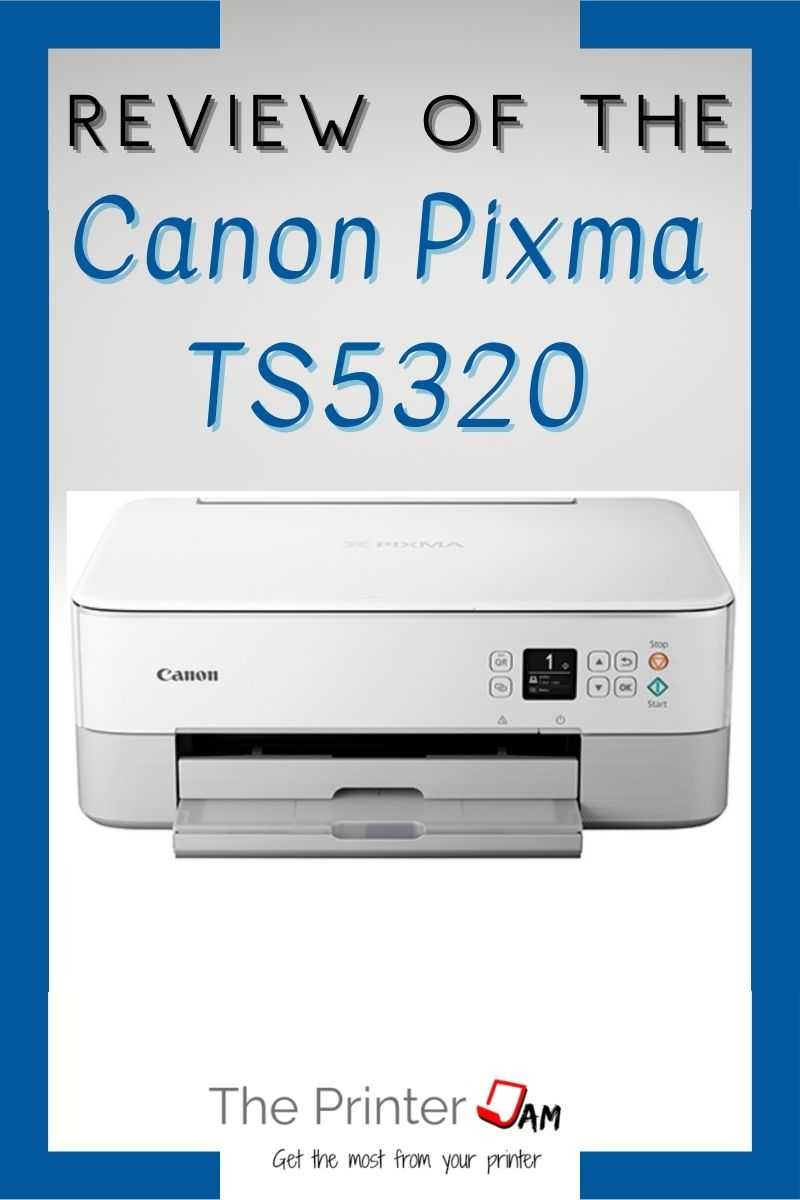 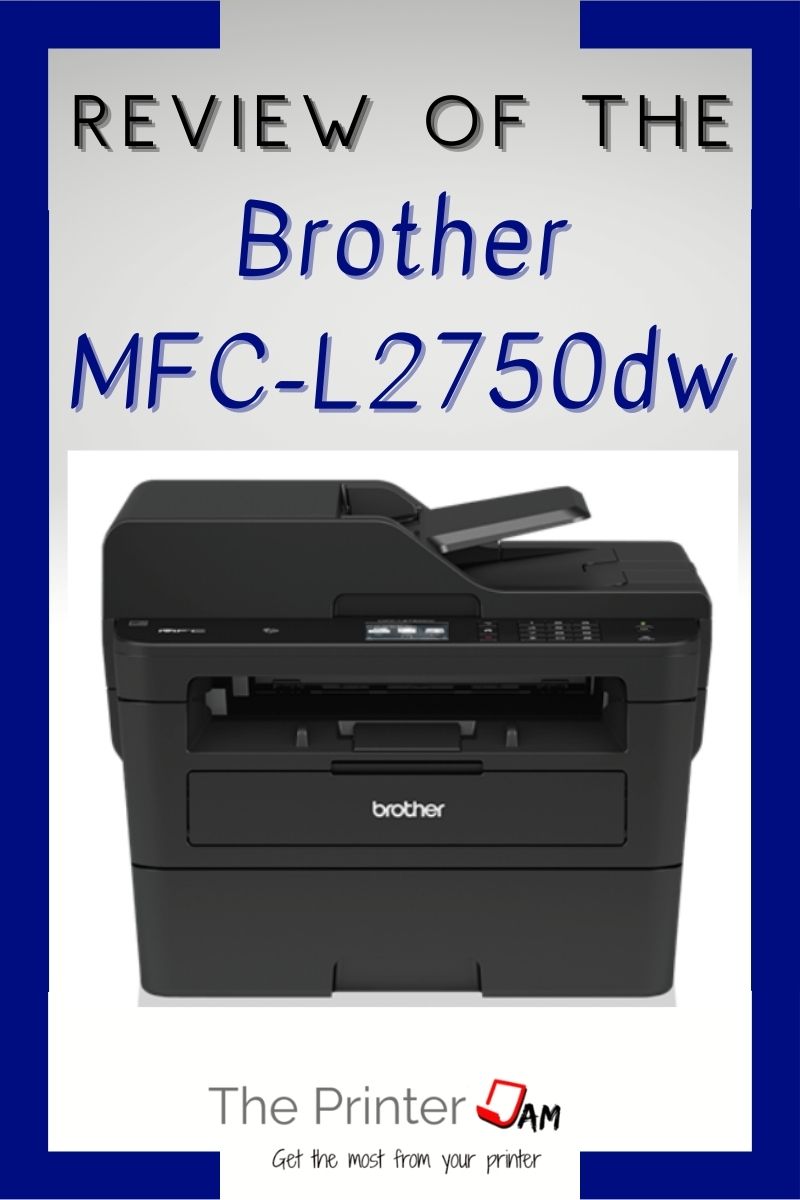 We decided to take a look at one of Brother’s newest line of all-in-ones, the MFC-L2750DW. If you’re looking for the features of a full sized multi-function copier packed into a convenient desktop size the Brother MFC-L2750DW has it. Fast print speed and super high yield cartridges to save time and money. Loaded with convenient… 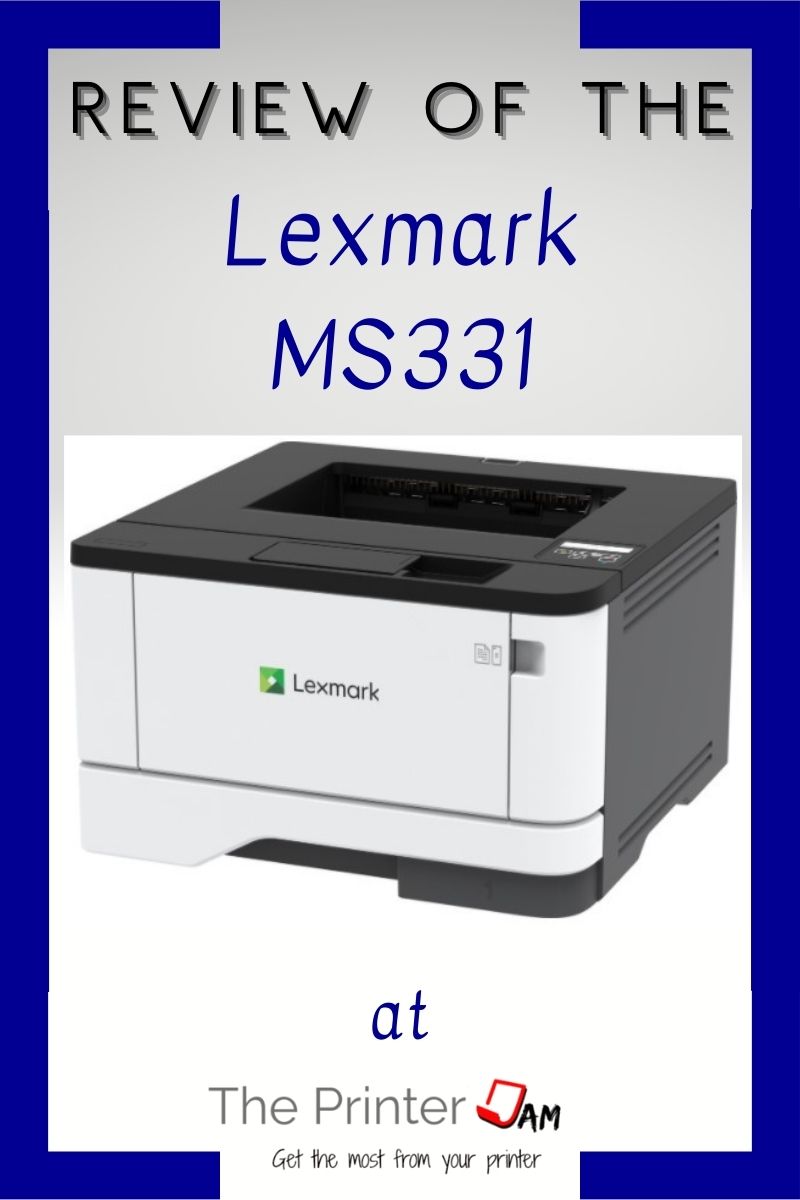 At Amazon The Lexmark MS331 is a basic monochrome printer with a fast print speed at an affordable price. If your print volume is between 500-6,000 pages per month and don’t need color, this printer is perfect for you. A great solution for the front desk or checkout where receipts are printed. Processing times are… 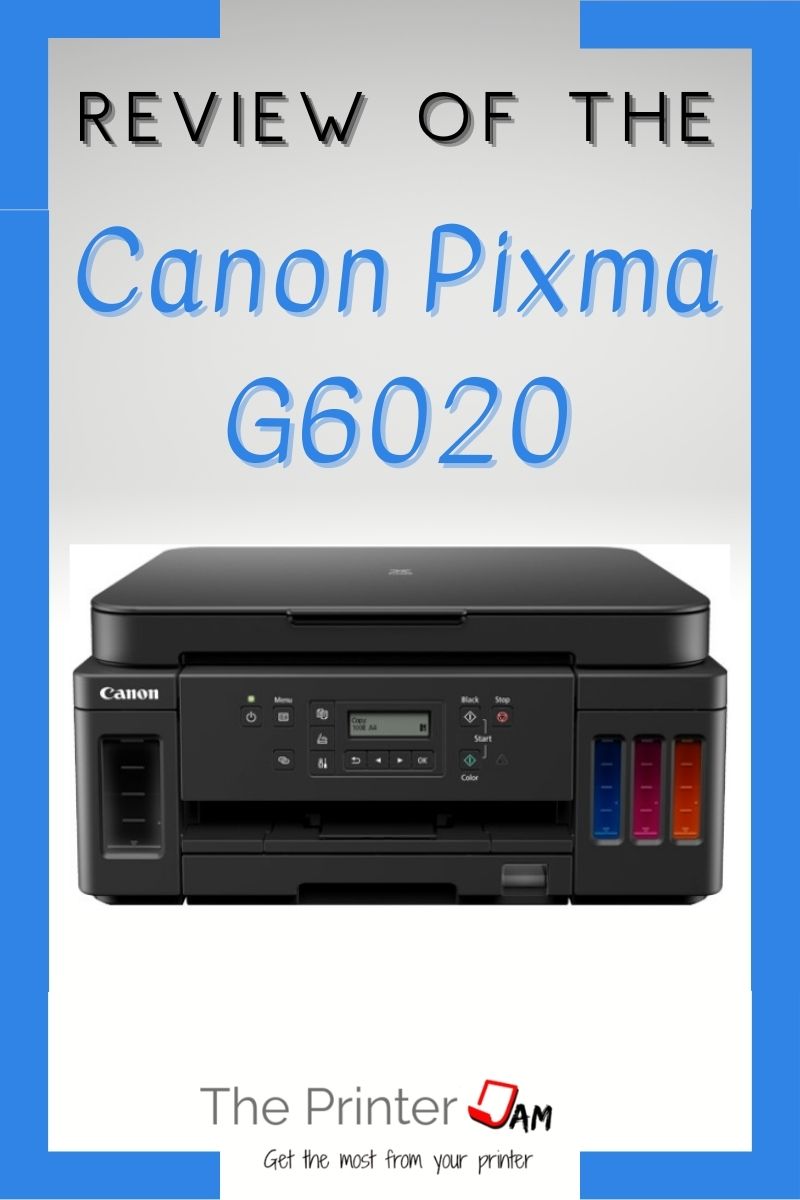 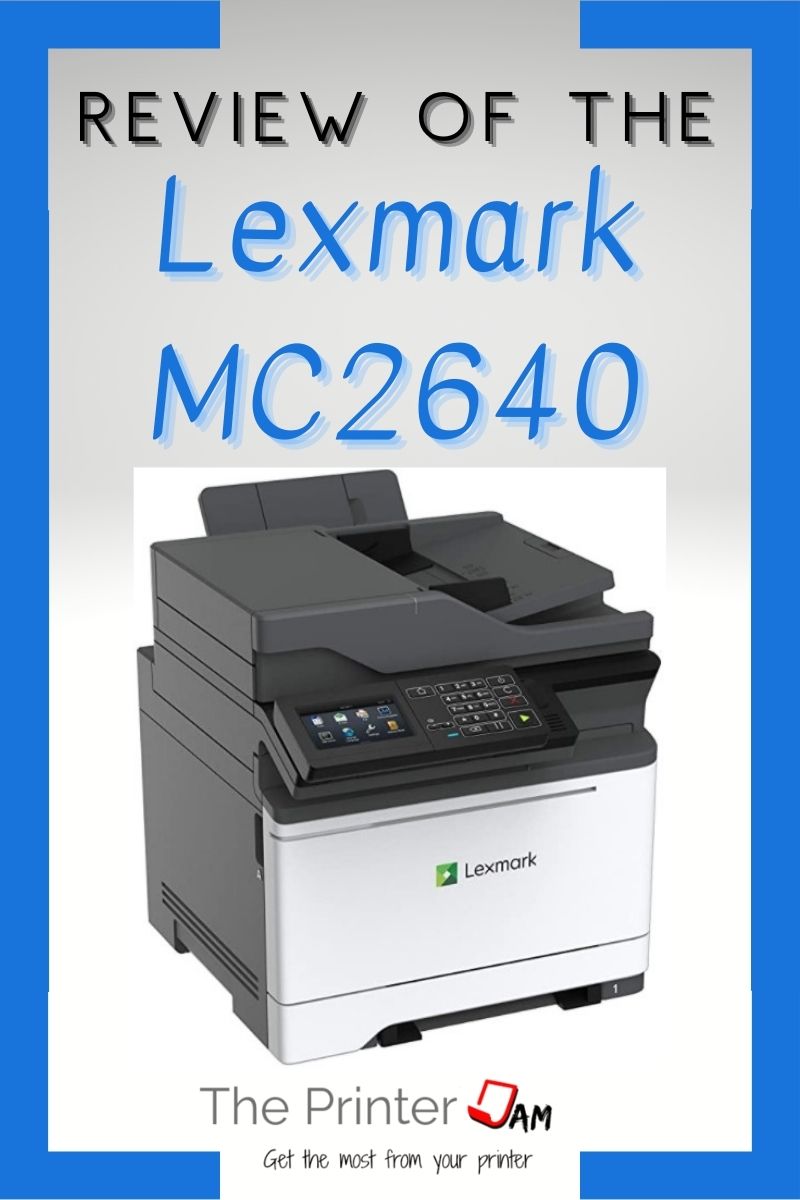