The Lexmark MB2236i is from their Go Line series low volume multi function printers. With copy, print, and scan capabilities, it will meet the needs of small offices or home offices. Targeted for a print volume around 2,500 pages per month, it can handle between 250-30,000 ppm. Other all-in-ones in this segment include the HP LaserJet Pro M227fdw, the Xerox B215dni, and the Brother MFGL2750DW.

When small offices or home offices are shopping for an all-in-one features to look for are security, versatility, speed, and durability. Being able to create documents digitally or physically is the purpose of any multi-function printer (MFP) also known as an all-in-one (AIO). Accomplishing these tasks quickly and without fail is a priority. Doing them from multiple devices or platforms is a necessity.

You want a MFP capable of integrating with all the devices or applications in your office. Considering everything involved to do all this nowadays security should be a top priority. MFP’s interact with the internet more than ever and are targets of hackers. Since MFP’s are automated and attached to the network all day with little oversight, they need to be as secure as possible.

Encrypted firmware and denying unauthorized network requests are standard practice for MFP’s today. Still, only a few brands include security designed for top end MFP’s into the low volume models. The Lexmark MB2236i includes such built in and configurable security.

The Lexmark MB2236i Go Line built in security begins with secure boot technology. It continually monitors the boot process. If any part of the boot doesn’t match the firmware signature, it will automatically rewrite and recover. While HP and Xerox have this technology, it doesn’t seem the other brands implement it on MFP’s in this segment.

Unnecessary software modules are left out of the factory image. They can always be loaded as features are needed, but certain processes can’t be exploited since they are not running. To my knowledge Lexmark is the only brand with this practice.

This adds a few moments more whenever features are enabled, which may make the web interface or menus seem slow while configuring the device. Certain advanced features may even require a software patch. All of which makes more work for a tech (like me) during setup but does add to the overall security of the MB2236i.

The 2.8 inch color touch screen on the MB2236i is a significant from the 2 line and button control panel from the previous model. Still only the HP LaserJet Pro M227fdw has a smaller touch screen.

At 36 copies per minute, the MB2236i and Brother MFCL2850DW are much faster than the offerings from HP, and Xerox. Yet only the Lexmark comes with 512 MB of memory which plays an important role in printing large PDF’s, spreadsheets, or mail merges. Further evidence of quick processing is shown by the first copy out time. Only the Xerox matched the Lexmark at 8.5 seconds. Others in this segment were just over 10 seconds.

The cassette holds 250 sheets. 550 sheet cassettes are always preferable but none of the MFP’s at this price have them. Auto duplex is standard with all the MFP’s mentioned. The Lexmark does not have a single pass doc feeder for 2 sided originals. If you don’t scan much this isn’t a big deal. Even if you do a lot of scanning it shouldn’t be a deal breaker. It just means 2 sided scanning takes a bit longer. Many of the expensive office copiers I work on don’t have single pass doc feeders.

While the other models mentioned have analog fax lines, the MB2236i does not have an analog fax line. Fax operations are done via cloud fax, Which requires a subscription to a fax service provider.

No common or recurring problems that I’m aware of. Most of the previous models I’ve worked on are in healthcare environments. They handle pre printed prescription forms well, with few paper feed issues.

This is an observation, not a problem but I noticed the previous model runs a bit dirty. This may or may not hold true for the MB2236i, but the previous version tends to leak a little waste toner from the ends of the image unit. It never effected the print quality or paper feed. But when you pull out the image unit there would usually be some accumulated toner under the unit.

Lexmark printer support has been top notch in my experience. On the occasions I’ve called the general support line they have been knowledgeable and provided a quick resolution.

For online printer support, the MB2236i has a one stop shop product library. Everything related to a product is there. If you’re like me I prefer downloading the PDF or HTML manuals. Still a fairly new addition is the interactive user guide. Which you can search or browse by topic. The interactive guide is helpful and streamlined for the most common questions (even if they haven’t updated the model).

Another unique email thing for the Lexmark is the “Reset E-mail Information After Sending” setting. No more accidentally sending an email from the wrong address. While this or other settings can be setup from the control panel, I recommend using the web interface.

The MB2336i has WiFi, USB, and ethernet connections. NFC and WiFi direct are not offered with this Lexmark. Which depends on your needs whether this is a negative or positive. NFC and WiFi direct offer quick and easy setup. Which is fine in most office environments or schools. Some medical or government offices routinely have us disable those features for security purposes.

While AirPrint and Mopria make setup easy, they sacrifice function. For function Lexmark offers the broadest range of print drivers of the brands I work with. Most offer PCL, PS, and Universal print drivers. Lexmark also develops print drivers for Linux and HBP applications.

The Lexmark MB2236i from their Go Line series represents a great value for a low volume multi function printer. It has robust security, broad compatibility, speed and reliability. Compared with other MFP’s in this segment they can only match or lag behind the Lexmark.

HP and Xerox may compare in terms of security but can’t match the speed or versatile print drivers offered by the MB2236i. The Brother MFCL2750DW can match the speed and has a few bonuses, like single pass doc feeder, but doesn’t have a configurable security event log or print driver functions of the Lexmark.

While the other products in this class cost about the same or slightly lower, the Lexmark MB2236i represents the most bang for the buck. 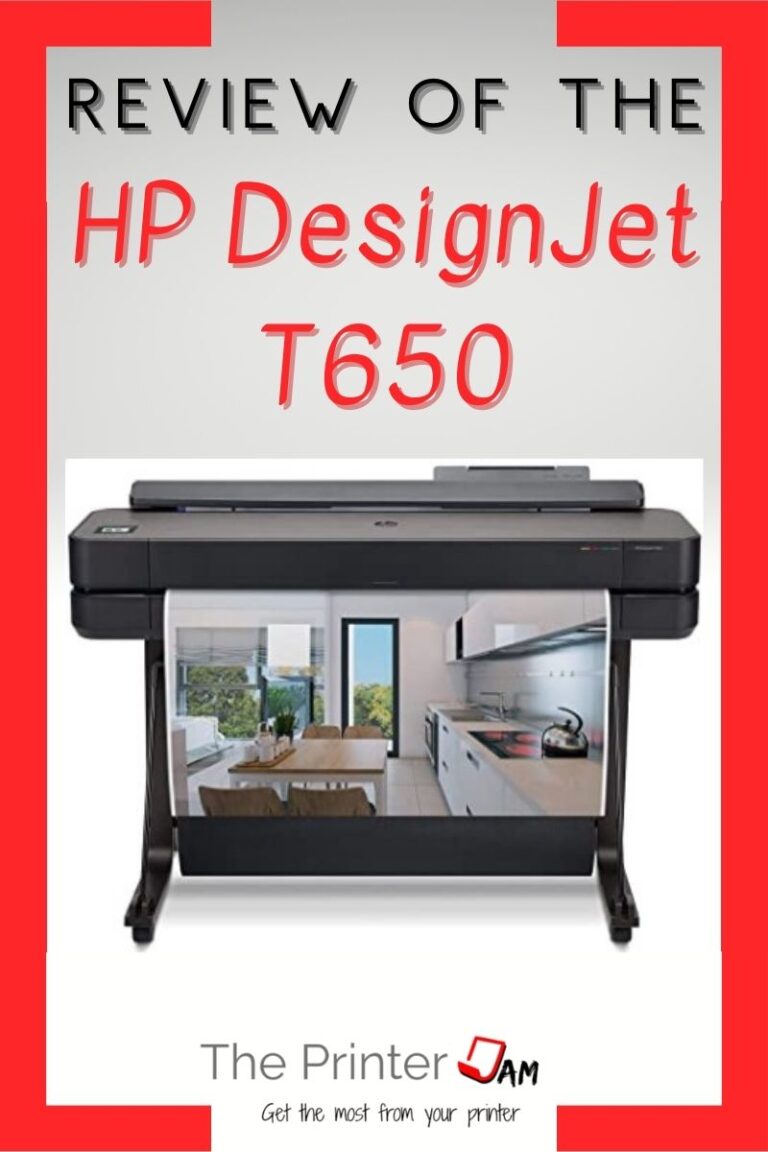 The HP DesignJet T650 is one of their latest large format printers. Designed for engineering or architect drawings, it can also do maps, presentations, or color posters. This plotter prints on a 36 inch paper roll, can feed cut sheet paper, and a bin to catch the paper. This review will compare similarly featured and… 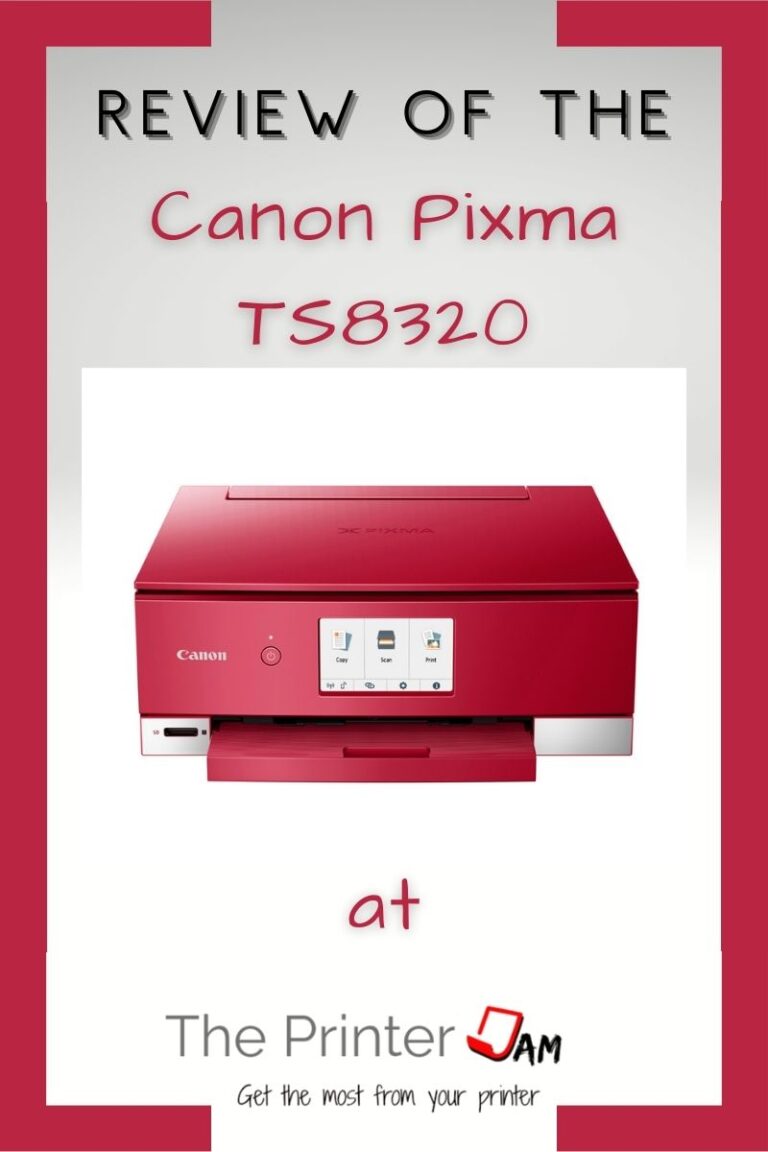 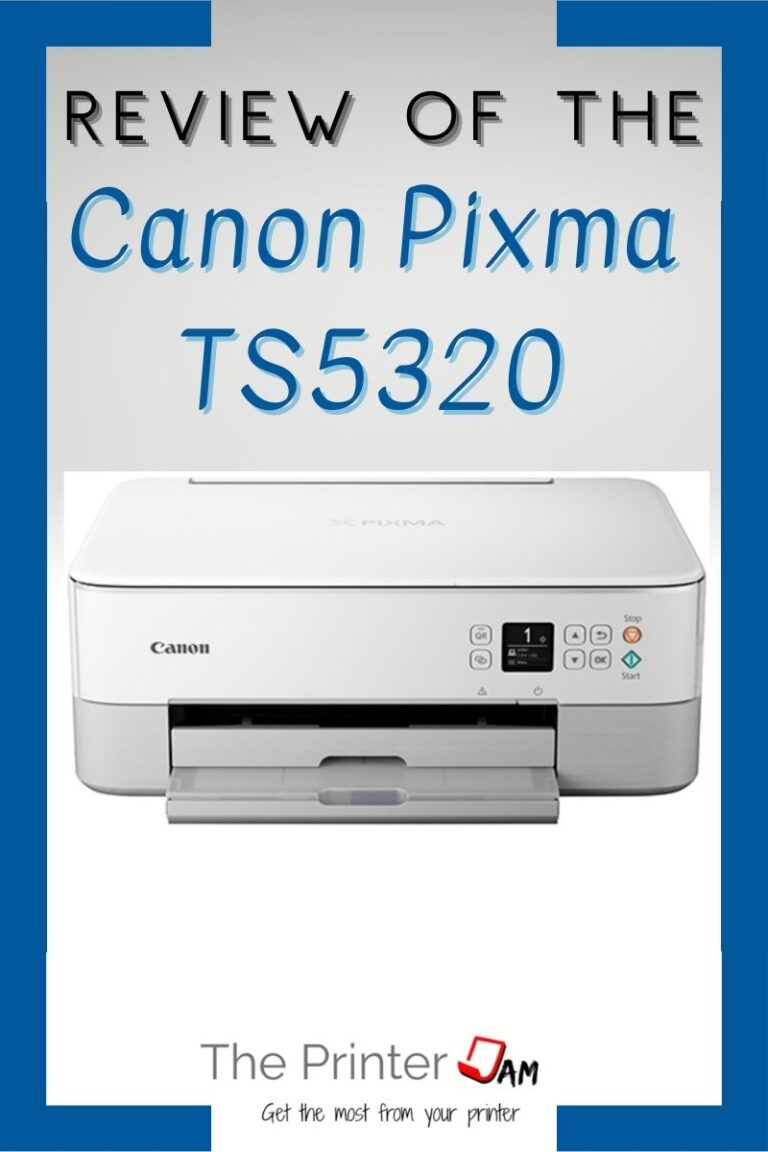 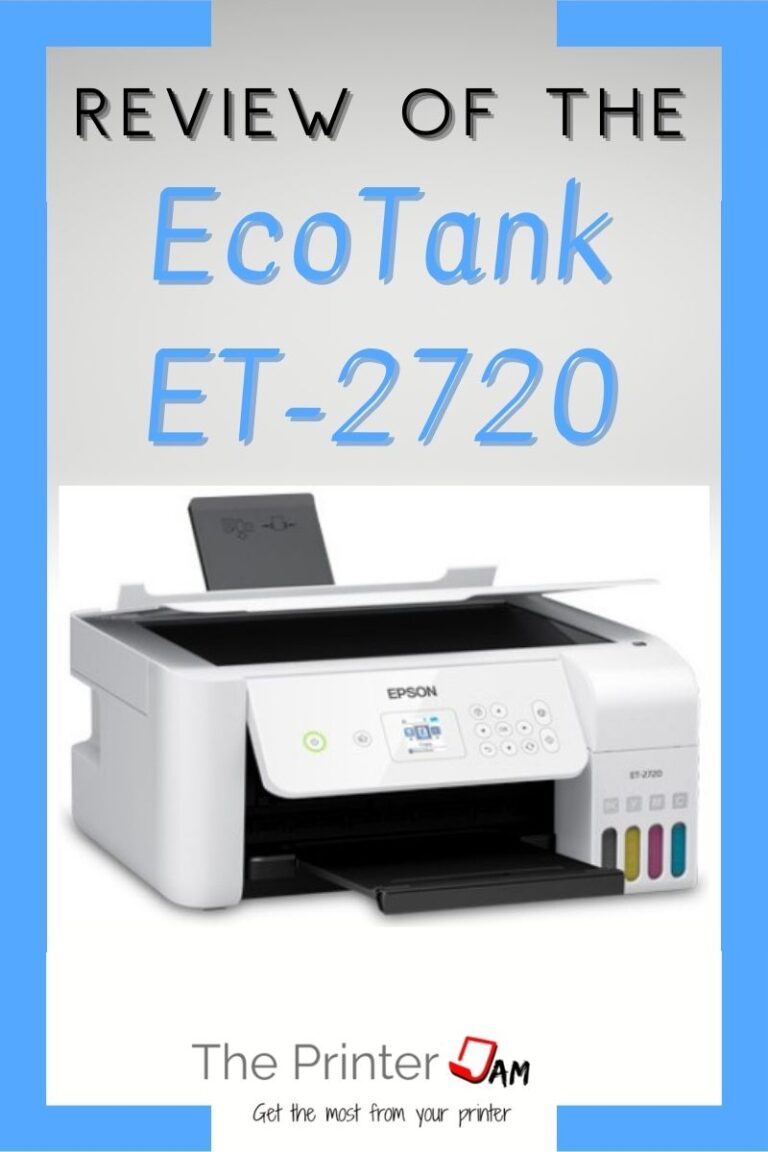 The EcoTank ET-2720 is a basic supertank class printer from Epson. It sure is hard nowadays to find a printer that’s just a printer. This is about as close as I’ve seen and it is as small as printers used to be. No document feeder or auto duplex to take up space. Just print, copy,… 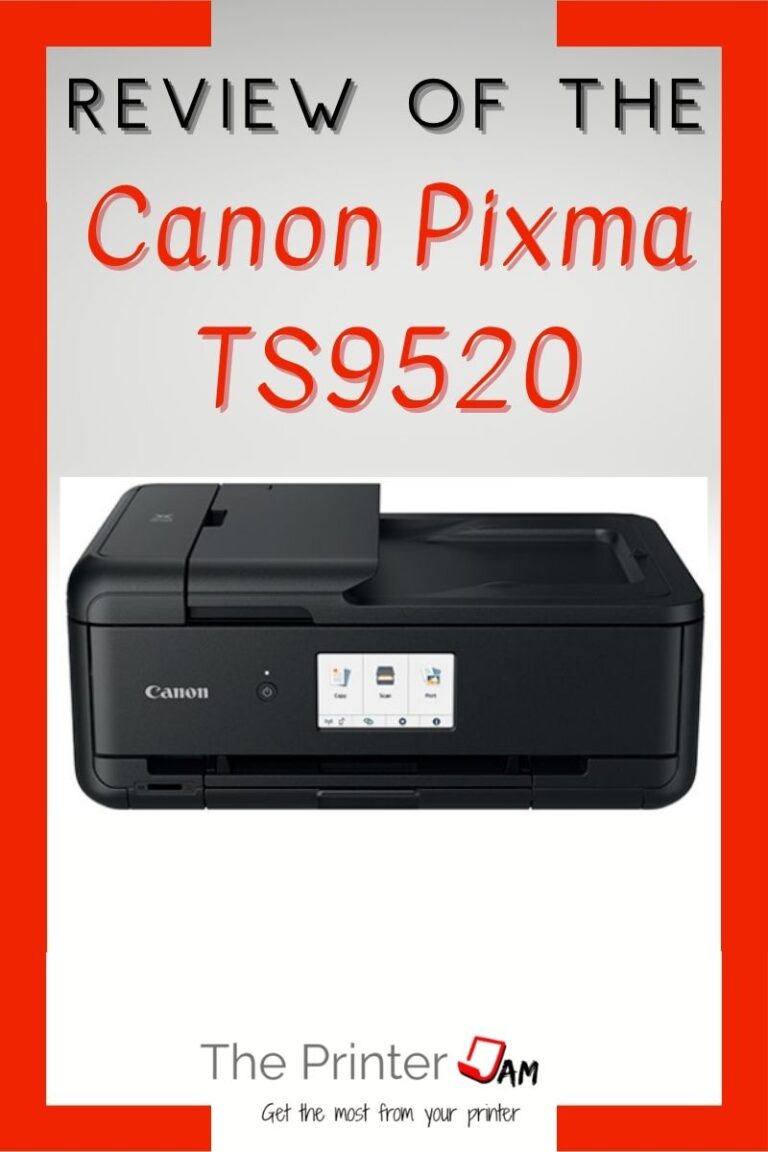 At Amazon! The Canon PIXMA TS9520 is one of the smallest wide format all in one photo printers. A compromise between a professional photo printer and office functionality. Ideal for people who need to print a little of everything but don’t want a hefty price tag or size that comes with the professional printers. The… 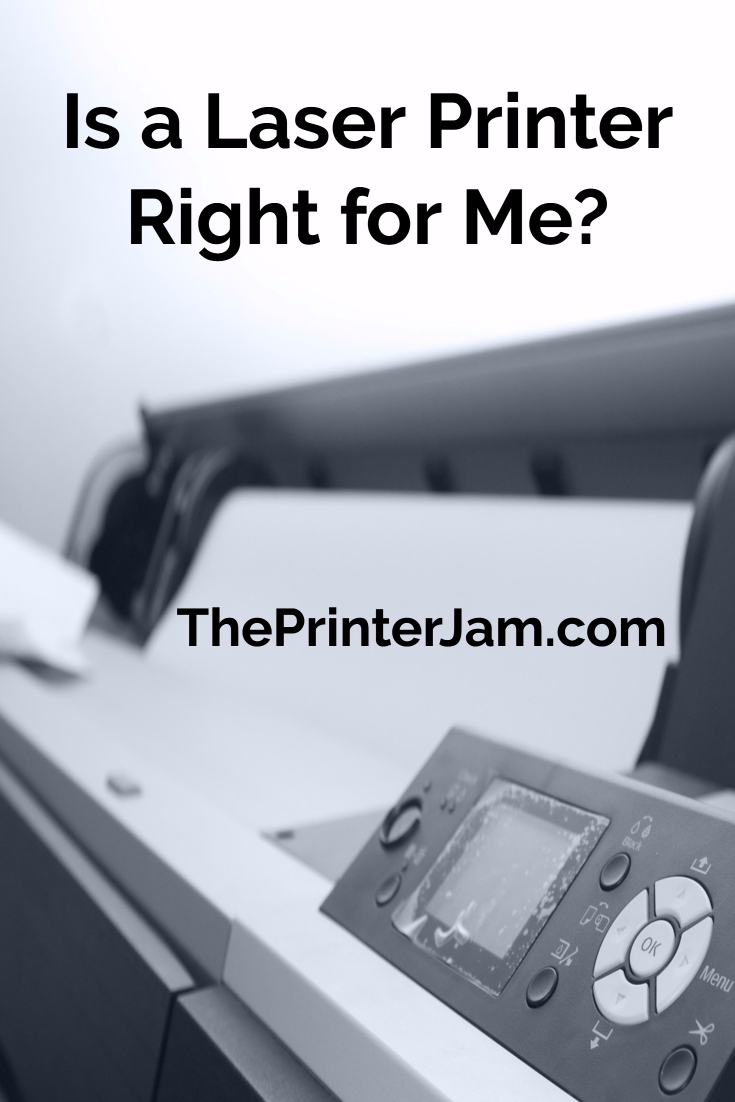