The HP Laserjet MFP M234dw is one of their latest monochrome laser printers. This low volume printer is a great personal printer at home or an office. Copy, print, and scan are standard as well as auto duplex.

This review will compare other printers with similar features and price. It will cover advantages and weaknesses Hopefully this will inform any decision on which printer to buy.

Why someone would consider this printer is because they are looking for a simple dedicated black & white printer. If your inkjet isn’t up to the task of all the monochrome documents you print and you’re looking for a laser printer to take over, this is a printer to consider. The HP Laserjet MFP M234dw would make a great companion printer for any inkjet printer.

If you suddenly need a B&W document printer and not sure where to start, this is a good printer to start with. Setting up HP’s are easy in my experience and their printing apps are better than most. Installing the toner cartridge is easy as well.

The HP Laserjet MFP M234dw can easily handle the recommended print volume of 2,500 pages per month. It maxes out at 20,000 ppm.

HP rates this printer with a speed of 30 ppm. Which is a decent clip at this price. Duplex slows it some but not half it like most color printers.

From my experience servicing previous models, this one will hold up well.

The Canon has a nice control panel for scanning and copying. It is slower than the HP. Printing costs for the Canon run at ~3 cents a page, which is on the high end for a B&W printer. To put that in perspective, HP Neverstop toner bottles cost ~$15 and yield 2,500 pages. Compared with Canon’s ~$70 toner cartridge which yields 2,400 pages.

The Brother is slightly faster than the HP. It’s printing costs are 2½ cents a page, compared with 1 cent a page for the HP M234dw. While I generally can’t find any faults with the Brother, I will say between the two adding toner is much easier with the HP.

The Lexmark 2236i is one of their new go line series printers. It is also faster than the HP and has a nice control panel. Operating costs for the Lexmark run at 2½ cents a page. This MFP has a document feeder, which is reflected in the price.

All the printers listed are good printers in my opinion. The Lexmark is probably the best contender to the HP M234dw as far as reliability and security in my experience. HP’s control panel is lacking compared with the other printers listed. Though the HP can be operated through a mobile phone app.

What sets the HP apart from these printers are its overall ease of use, lower printing costs, and HP’s printing apps. Most brands printing apps are just run of the mill basic apps. HP Smart app has nice templates, calendar stuff, and common signs.

Another comparable printer is the HP Neverstop 1202w. The main differences between these two HP printers is the M243dw takes a single toner cartridge, is 10 ppm faster, and has auto duplex.

The Neverstop printer takes a toner bottle and a drum cartridge. The drum is rated for 20,000 pages so might not need replaced often. It’s $15 toner bottles rated for 2,500 pages represent a significant savings (less than a penny a page).

HP made both versions available at stores with the M234dw and the Neverstop 1202w. The Neverstop operating costs are definitely lower while the M234dw has speed and auto duplex. Deciding between the two depends on whether lower costs or things like auto duplex are more important. Both are good reliable printers.

This is a simple printer to use and maintain. It takes a single toner cartridge and has one paper tray.

The HP Laserjet MFP M234dw doesn’t come with a document feeder. Upgrading to the HP Laserjet MFP M237dw will get that feature. HP assumes most B&W laser printers are going to be used for printing and an occasional copy. Scanning is available though if your needs require it.

A toner cartridge lasts a long time (29,000 pages) but that also means it’s expensive. One OEM toner cartridge costs more than the printer itself but that’s normal for many laser printers.

What sets the HP Laserjet MFP M234dw apart is the lower printing costs, ease of use, and reliability. In my experience servicing HP laser printers over the years they are top notch. They use quality components and materials in their clutches, rollers, sensors, etc. HP has been making and improving their printers for a long time. The software and circuits are well designed with few issues.

This printer isn’t a good candidate for instant ink. The monthly subscription winds up costing ~3 cents a page whereas just buying toner cartridges yourself costs 1 cent a page. Even less if you get a toner cartridge from another manufacturer.

It winds up only costing a penny a page to print on the M234dw. Which is better than average for any B&W printer. HP offers instant ink with this printer as well. The program may be called instant ink but toner cartridges are included.

If you’re looking for a simple, low cost, reliable B&W printer the HP Laserjet M234dw is a good candidate. 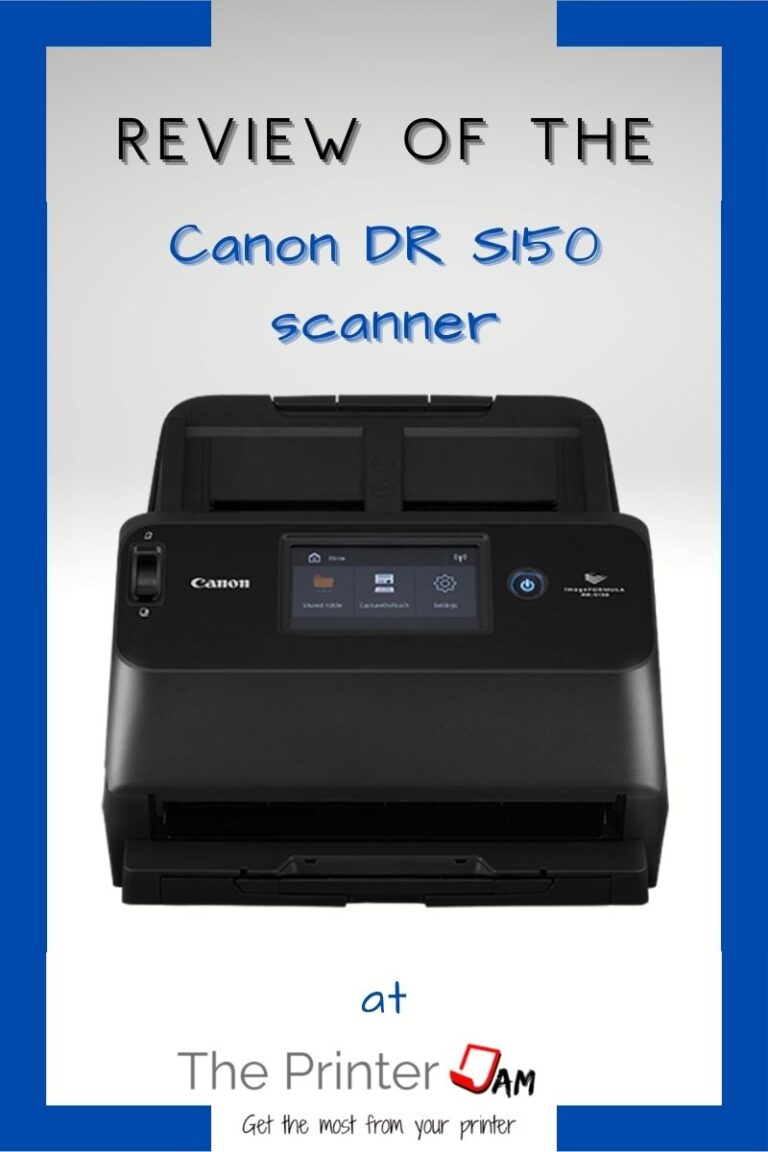 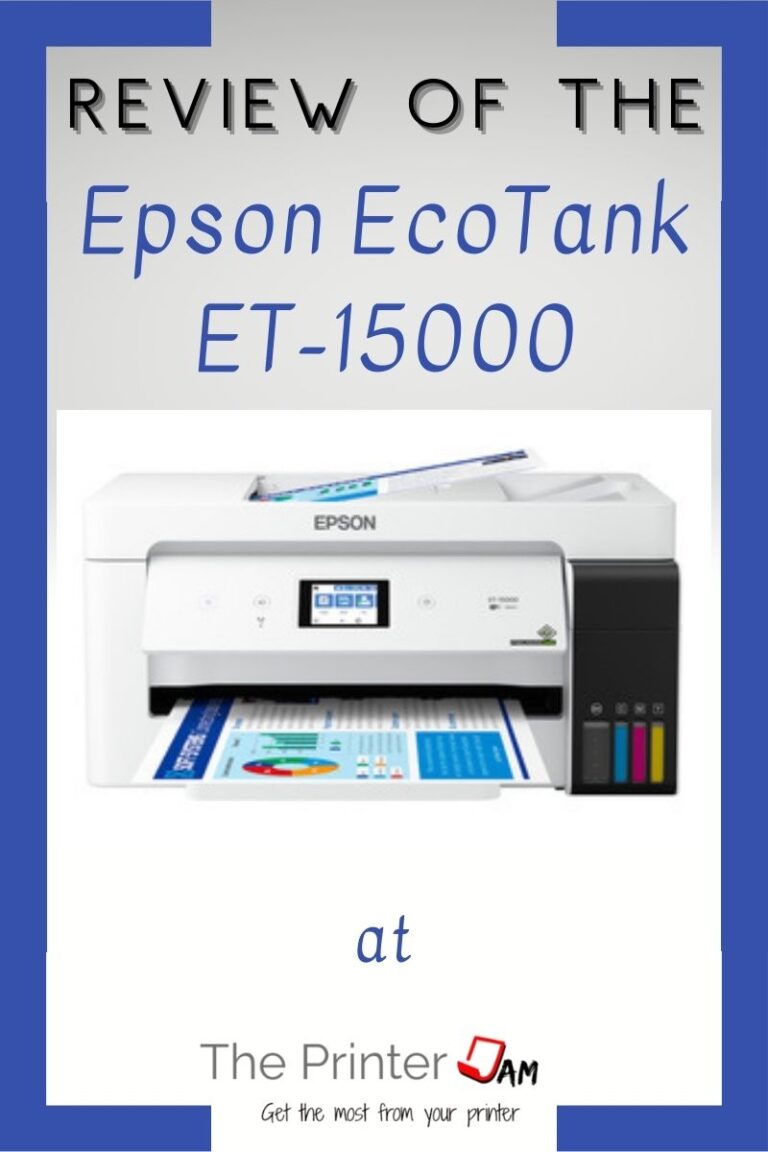 The Epson EcoTank ET-15000 is the one of the latest ecotank offerings from Epson. It is one of the most durable and inexpensive to operate inkjet printer’s I’ve reviewed. I’ve worked on many an office inkjet printer and have to say this is an impressive printer. The ecotank lives up to its name and will… 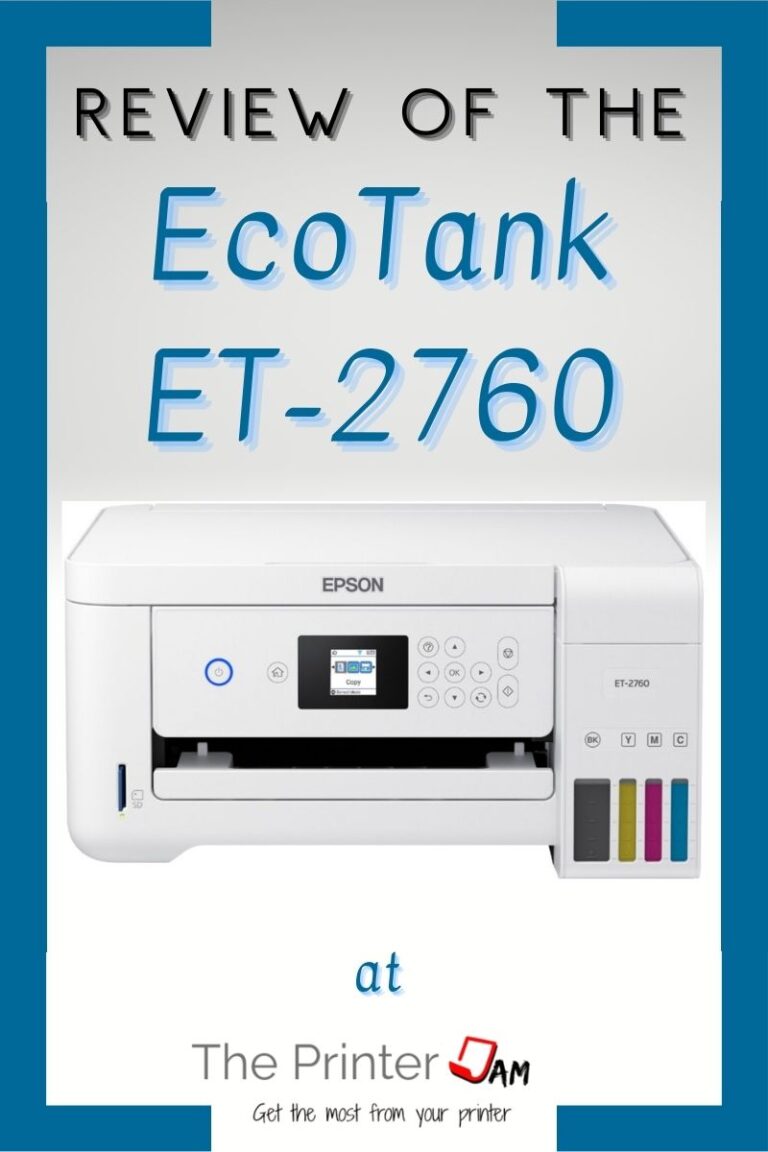 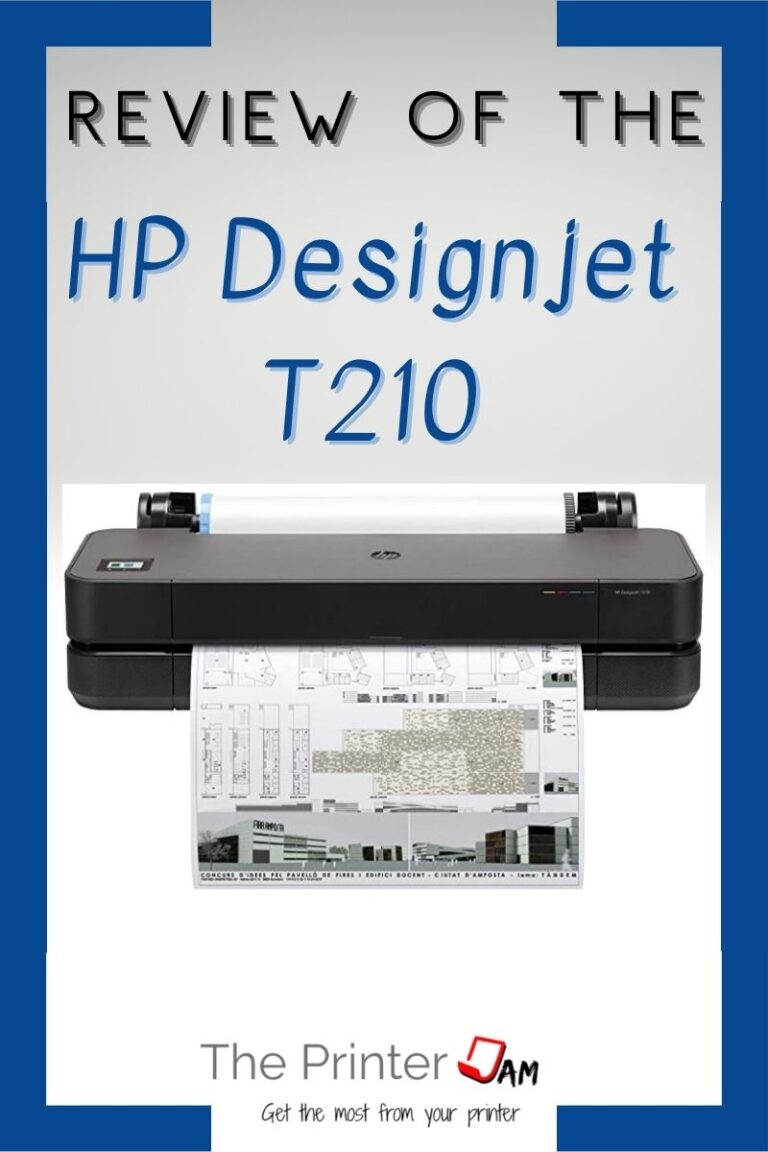 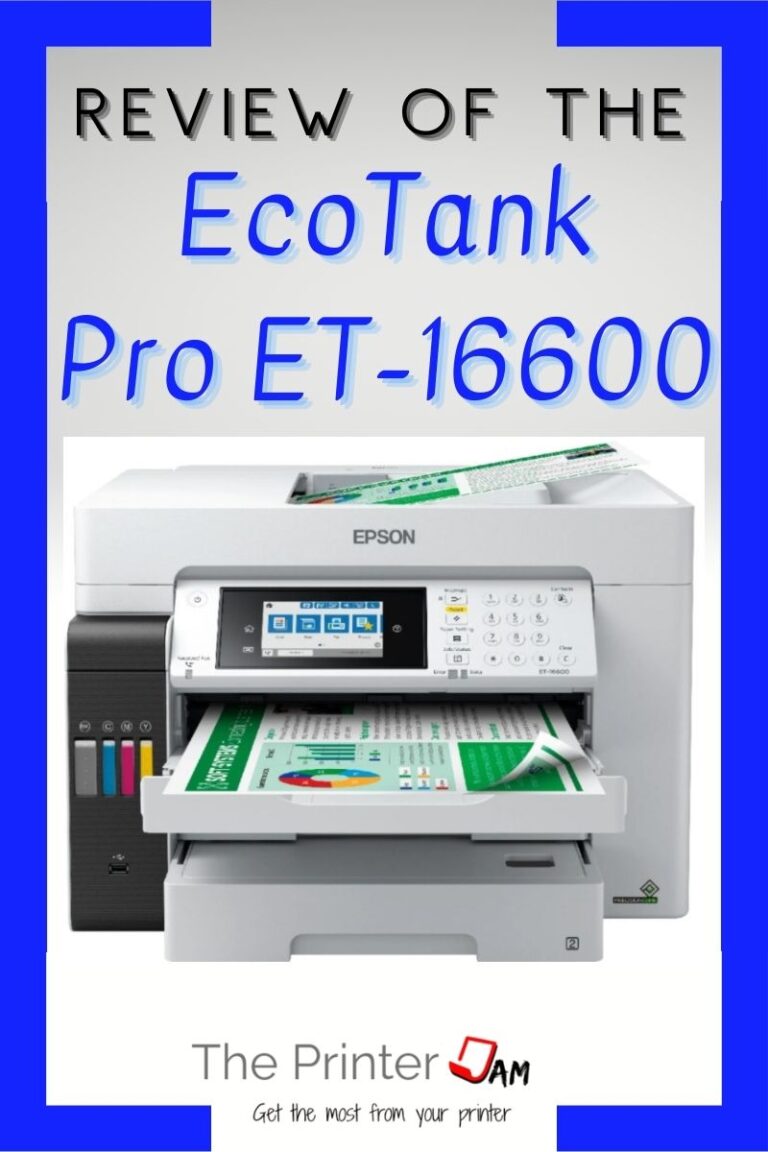 Amazon The EcoTank Pro ET-16600 is one of the latest business class All-in-One’s from Epson. A supertank printer is a must have for anyone using more than a ream of paper per month and looking to save money. The supertank is better than a subscription, service, or supply monitoring software because the yield simply eliminates… 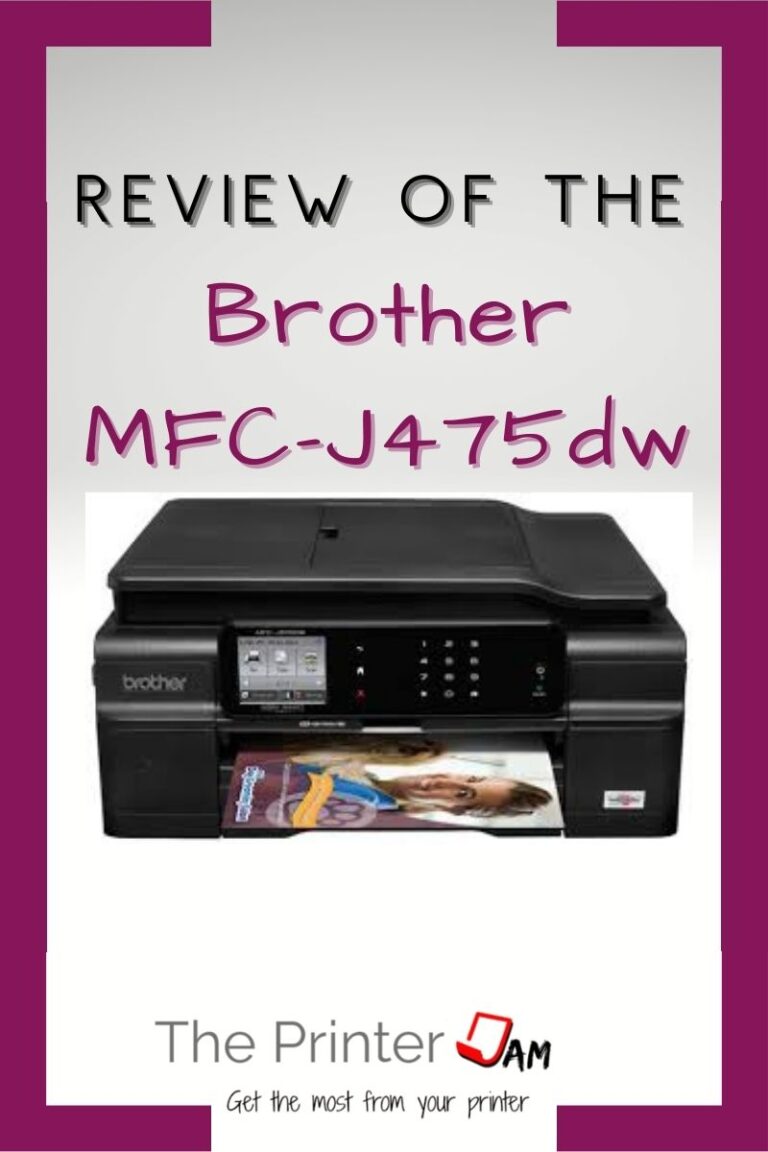 This is a review of one of the best all-in-ones for under $180, the Brother MFC-J475dw. As a printer tech with 23 years experience I’ve been both an end user and repairman for the all-in-ones I’ve owned over the years. Since we’re around copiers and printers all day you would think we wouldn’t have much use for…